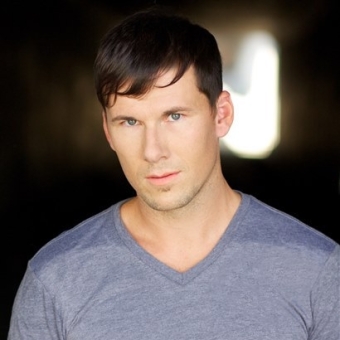 Andrew began his acting career on the stage at Fairmont State University in Fairmont,WV where he graduated with a B.A. in Theatre. He then moved on to Study Film at Full Sail University in Orlando, FL graduating with an A.S. in Film. After graduating he packed his car and made the move to Los Angeles to pursue a career in Entertainment. He would go on to work consistently over 10 years as an Actor, Model, Producer, Set Designer, and Art Director. Andrew appeared in numerous TV series including “The Kroll Show” and “John Benjamin Has A Van” on Comedy Central, NBC’s “Chuck” and TNT’s “The Wedding Band”. He has also starred in films such as “It Came From Yesterday”, “Pinch” and “Laid Off”. In addition he has worked in Production and Set Design on films such as “The Fast and The Furious”, TV shows “King Of The Nerds”, “The Great Food Truck Race”, “Fear Factor”, and “Aftermath: With William Shatner”.

Andrew is thrilled to be a part of “The Mile Ground” family. Hailing from West Virginia, he feels there is always a battle against negative stereotypes of West Virginians. So he looks forward to helping shine a spotlight on his beautiful state and is incredibly thankful to Jessica for the opportunity to be a part of this wonderful story.

Gather ye rosebuds while ye may…